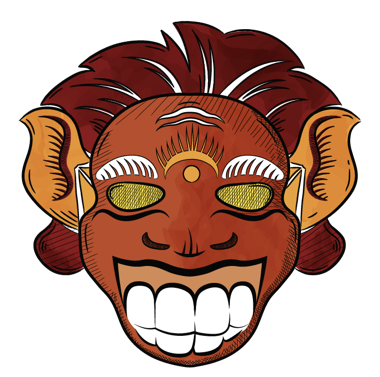 Skip to content
Visiting Surabaya is a cultural experience that you will not find in other major Indonesian cities. Put a visit to Surabaya on your list!

I wasn’t disappointed visiting Surabaya. The truth is I was overwhelmed by Surabaya.  Somewhere between ordering GO-FOOD (See my article on GO-FOOD & GOJEK) and staring out my hotel window into the vast cityscape, I realised what I was missing.  Surabaya is not a tourist city.  It didn’t care to cater to me. I felt shallow for having this reaction (or sharing it).

I longed for something more familiar as I wandered the endless streets. I stumbled upon a technology mall and ducked into it before a rainstorm passed. It felt like a centre that had gone through a post-economic collapse. The building was bustling with people, but its massive wide corridors were dusty covered and well worn.

The Surabaya North Quay, the harbour was gritty, like something out of an American cop movie filmed in L.A during the 1970s. The main hall of the harbour entrance was packed with people covering every surface area. There were no chairs, just people gathered around one another on the floor (some with mats). Fruit and coffee being hawked by some of the older ladies. They didn’t attempt to sell anything to me.

On the second level, there was a prayer room and a security guard stationed at the escalator. Otherwise, the room was devoid of anything. The third floor promised an observation deck that overlooks the harbour and Java sea. I realised again, this place isn’t for tourists it is a working harbour. Disappointed in myself for wanting something else rather than just enjoying what it was. After all, isn’t that why I travel.

There was a Cold War Russian Submarine out my hotel window (you can read more about that here).

Through the trees, I could see one of the impressive monuments to a shark (Suro )and a crocodile (Baya) battling it out. (more here on the legend)

Surabaya hasn’t been touched with the influx of capital in the way that Jakarta has. Jakarta is on the cusp of something uniquely new on the global landscape with new buildings going up on every corner. Driving down the street, you will see all of the luxury brands being represented by sparkling new shops. There is a mixture of ethnicities in Jakarta that you will immediately feel at home in this cosmopolitan city. Surabaya isn’t that.

A Russian submarine in the heart of Surabaya, Indonesia

GO-JEK was my saviour for food as the hotel didn’t have many options for vegetarians. Doner Kebab was my go-to GO-FOOD, and I had it frequently delivered to the hotel.

In the end, I was the tourist attraction for the locals, their heads whipping around their motorbikes to stare. This was a role I was unfamiliar in how to play, and so I hid in my hotel. I came away from Surabaya disappointed not in the city, but in myself as a traveller.

If you are looking for an authentic Indonesian City, if you’re looking to have your own arrogance as a traveller smacked in your face, Surabaya is the place. I would recommend you go with a plan or get a tour guide to show you around and book excursions out of the city as well.

The Grand Dafam, where I stayed last visit has opened their top floor executive lounge. When I last visited it was under construction. That being said, it does seem to be rather exclusive, “Previere can only be accessed by using your personal hotel key card and have butler service exclusive and limited to this floor only, so safety and privacy is guaranteed.”. Its worth checking to ensure you have access – the views will be worth it if you do.

Should I visit Bali

Where We Stayed: Mercure Bali Legian

The Magic of Prambanan – What to do in Yogyakarta

This site uses Akismet to reduce spam. Learn how your comment data is processed.